Under these arches Alliott Verdon Roe assembled his AVRO No. 1 Triplane. In July 1909 he made the first all-British powered flight from Walthamstow Marsh.

One of the more remote plaques in the official London scheme, the memorial to Roe was proposed by children of Mandeville Primary School, Clapton, who were carrying out a project on flight. Of the surface mounted enamelled steel variety, chosen as a precaution against the risk of damaging the arch carrying the Chingford branch line over the Walthamstow Marsh and the River Lea, the plaque has faded from blue to grey over the years and has evidently been used at some point for air-rifle target practice. English Heritage gave consideration replacing it, but discounted the idea as it has been effectively duplicated by a pair of Waltham Forest Heritage plaques with identical wording but in a more prominent location. 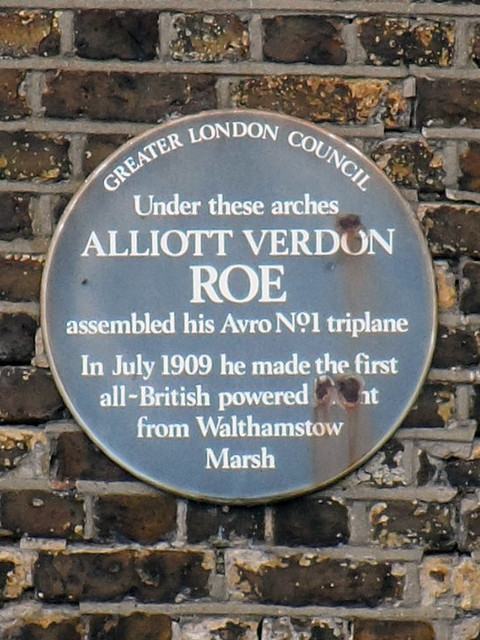 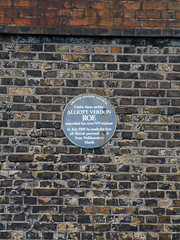 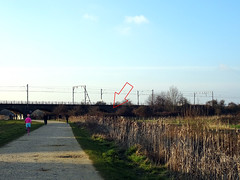 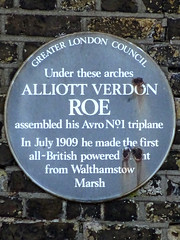 Sir Alliott Verdon Roe (1877-1958). The first Englishman to fly an aircraft of his own ...
Manchester, United Kingdom 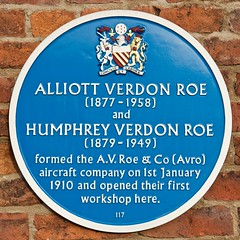