screenwriter, film critic, novelist, writer, Companion of Honour (from 1966), and Order of Merit recipient (from 1986)

Henry Graham Greene OM CH (2 October 1904 – 3 April 1991) was an English writer and journalist regarded by many as one of the leading English novelists of the 20th century. Combining literary acclaim with widespread popularity, Greene acquired a reputation early in his lifetime as a major writer, both of serious Catholic novels, and of thrillers (or "entertainments" as he termed them). He was shortlisted, in 1966 and 1967, for the Nobel Prize for Literature. Through 67 years of writing, which included over 25 novels, he explored the conflicting moral and political issues of the modern world. He was awarded the 1968 Shakespeare Prize and the 1981 Jerusalem Prize. He converted to Catholicism in 1926 after meeting his future wife, Vivien Dayrell-Browning. Later in life he took to calling himself a "Catholic agnostic". He died in 1991, at age 86, of leukemia, and was buried in Corseaux cemetery. 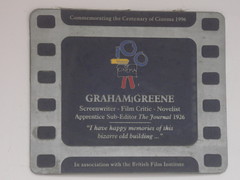 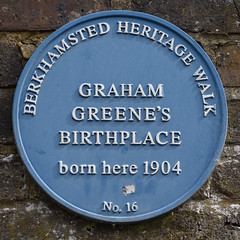 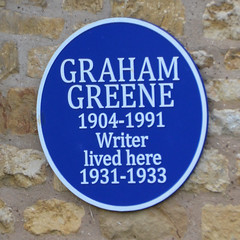 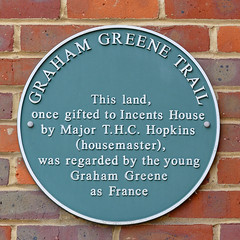 14 Clapham Common North Side, London, United Kingdom where they lived

This land, once gifted to Incents House by Major T.H.C. Hopkins (housemaster), was regarded by the young Graham Greene as France

Chesham Road, Berkhamsted, United Kingdom where they was