Sir Frederick Henry Royce, 1st Baronet, OBE (27 March 1863 – 22 April 1933) was an English engineer famous for his designs of car and aeroplane engines with a reputation for reliability and longevity. With Charles Rolls (1877 – 1910) and Claude Johnson (1864 – 1926), he founded Rolls-Royce. Rolls-Royce initially focused on large 40-50 horsepower motor cars, the Silver Ghost and its successors. Royce produced his first aero engine shortly after the outbreak of the First World War and aircraft engines became Rolls-Royce's principal product. Royce's health broke down in 1911 and he was persuaded to leave his factory in the Midlands at Derby and, taking a team of designers, move to the south of England spending winters in the south of France. He died at his home in Sussex in the spring of 1933. 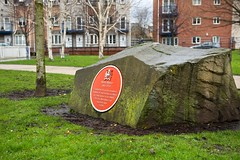 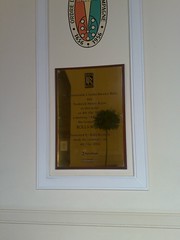 This building was used as a workshop for Sir Henry Royce 1917-1933
West Wittering, United Kingdom 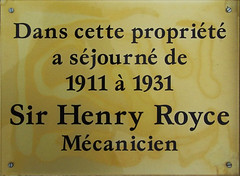 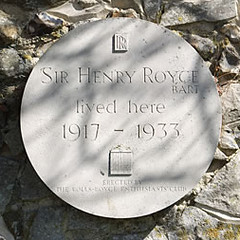 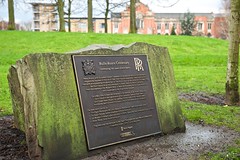 Henry Royce (1863 - 1933) established his world-renowned tradition of engineering excellence at Cooke Street in the 1880s. The first Rolls-Royce car was built here in 1904.

Sir Henry Royce 1863-1933 West Wittering was his home and his workplace from 1917 until his death. Some of his greatest designs were carried out in the studio at Camacha and at Elmstead where he lived. From here his staff at the Rolls-Royce factory in Derby received those daily instructions which engendered a tradition of excellence which remains his finest memorial.

The Old School, Alwalton, United Kingdom where they was born (1863)

English translation: Between 1911 and 1931, the Canadel and its winters enabled it to design and perform, for the automotive and aviation sectors, engines and machines under the sign of perfection. [AWS Translate]

Rolls Royce Centenary Celebrating 100 yeas of excellence Henry Royce, with his partner Ernest Claremont, established an electrical and mechanical engineering business on this site in 1884. From humble beginnings, it established world standards in engineering excellence and in 1904 Royce built his first motor car. On 4 May 1904 the Hon Charles Rolls was introduced to Henry Royce by Henry Edmunds. From that meeting at the Midland Hotel in Manchester sprang the first Rolls-Royce cars and, subsequently, the Rolls-Royce company. On 4 May 2004, to mark the centenary of the meeting, Rolls-Royce Group plc paid tribute to the significance of their ancestral home at Blake Street and Cooke Street, Hulme, by planting the first four of one hundred trees worldwide, each of which will mark a year of excellence and achievement. The trees were planted by: - The Right Worshipful the Lord Mayor of Manchester Councillor Audrey Jones JP - Sir Ralph Robins, former chairman of Rolls-Royce plc - Dr Michael Pritchard, great grandson of Henry Edmunds, who introduced Rolls to Royce - Helen Welsh, Rolls-Royce Group plc This memorial was unveiled by the Right Worshipful the Lord Mayor of Manchester Councillor Audrey Jones JP on 4 May 2004

Royce Road, Manchester, United Kingdom where they was

This plaque was Erected to Commemorate the Meeting that took place in this Hotel on 4th May 1904 between Hon Charles Stewart Rolls MA and Frederick Henry Royce, which led to the Formation of Rolls Royce Limited.

Midland Hotel, Peter Street, Manchester, United Kingdom where they was