Solihull (/ˈsɒlihʌl/, /ˈsoʊl-/ or /ˌsoʊliˈhʌl/) is a large market town that is the administrative centre and seat of the Metropolitan Borough of Solihull in the south of the West Midlands County, England. The town had a population of 123,187 at the 2011 Census. Historically in Warwickshire, Solihull is situated on the River Blythe in the Forest of Arden area. It is the largest town in the Metropolitan Borough of Solihull which has a population of 214,909. Solihull is the most affluent town in the West Midlands region of England, and one of the most affluent areas in the UK outside London. The original town is largely urban, while the rest of the modern borough is largely rural with the exception of a few other urban market towns and villages, with three quarters of the borough designated green belt. The town has roots dating back to the 1st century BC, and was further formally established during the Anglo Saxon and Norman eras of British history. Today the town is famed as, amongst other things, the home of the Land Rover car marque, and the British equestrian eventing team. 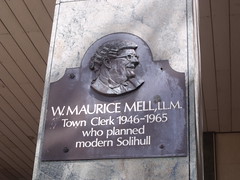