Plaque with a circular medal-like portrait bust in relief and inscription beneath. Maurice Mell is depicted, wearing glasses and a barrister's wig, in three quarter profile.The Mell Square shopping development was built between 1962 and 1965 after the demolition of many old buildings in Drury Lane and Mill Lane. It was officially named in 1966 in honour of (William) Maurice Mell, Town Clerk 1947-65. Mell Square was refurbished in the 1980s. This plaque was officially unveiled on Monday 17 December 1984 by Solihull's Mayor, Cllr. Geoffrey Gibbons, in the presence of Mell's two daughters.(1)Maurice Mell was the first borough clerk when Solihull was given county status, and was the mastermind behind the Mell Square development. Mell was Town Clerk from 1946 to 1965, he died on 19 march 1965 aged 56. 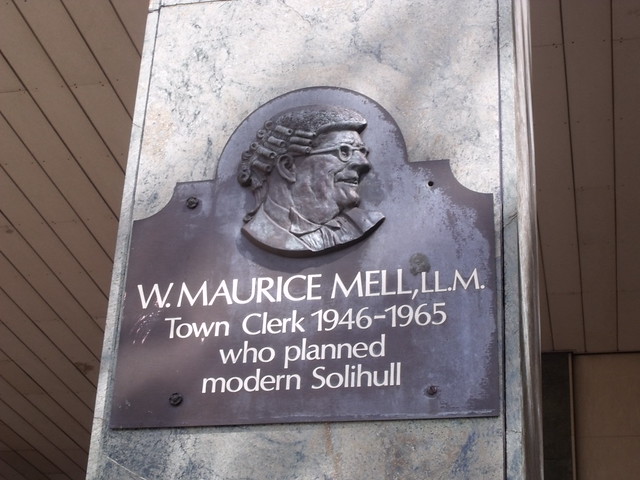