secretary of the Council of the North and Esquire

Ralph Rokeby (c. 1527–1596) was an English barrister and judge who held high office in Ireland. He was born at Mortham in Yorkshire, the second son of Thomas Rokeby of Rokeby Hall and his wife Jane Constable; Jane was the daughter of Sir Robert Constable of Cliffe, Selby, who was executed in 1537 for his part in the Pilgrimage of Grace, and his wife Jane Ingleby. Ralph was educated at the University of Cambridge and Lincoln's Inn, where he was called to the Bar. He was first sent to Ireland by Queen Elizabeth I in 1566; he was recalled to England early in 1569. At the end of the same year he was appointed the first Chief Justice of Connacht, with the task of introducing the system of common law into the Province of Connacht. He found it a discouraging job, writing to Lord Burghley that the people of Connacht "were unwilling to embrace justice". What was needed, in his view, was the subjugation of the province by military force: if this did not happen, and quickly, then the English must soon bid "farewell to Ireland". Powers to impose martial law in the province and to pursue the King's enemies with "fire and sword" were eventually granted, to the Chief Justice's superior, the Lord President of Connaught in 1604, some years after Rokeby's death. Rokeby earned the good regard of Adam Loftus, the Lord Chancellor of Ireland, and of MP William FitzWilliam, the Lord Deputy of Ireland, both of whom suggested that he might in due course replace Loftus as Lord Chancellor. He returned to England for good in about 1577 and became Master of Requests about 1586. He was also employed on several commissions for the detection of recusants and traitors, including those which indicted William Parry and Anthony Babington. He sat as a judge at numerous treason trials, notably those of Philip, Earl of Arundel, Sir John Perrot, Dr Lopez and Patrick O'Collun. He was a Bencher of Lincoln's Inn and Master of St Katherine's Hospital near the Tower of London. He was a member of the Council of the North. He died on 14 June 1596 and was buried in St Andrew, Holborn. He never married, though since he obtained leave of absence to return to England for his wedding, he was then clearly intending to do so; nothing seems to be known of the intended bride. Although he had several siblings, he chose to leave his property to a variety of charities. His estate was considerable: Thomas Egerton, 1st Viscount Brackley, the executor and residuary legatee, is said to have received £10000. A Ralph Rokeby represented Huntingdon in the English Parliament of 1571, and has been tentatively identified with this man. However, there is no firm evidence for this identification, and it is equally likely to have been his relative, , a lawyer and historian. 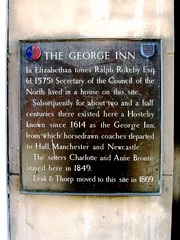