Cathcart House. Built shortly after 1860, Cathcart House was soon established by the Allen family as one of Harrogate's leading board houses. Princess Alix of Hesse, who became Czarina in 1894, stayed here, and until her murder in 1917 by the Bolsheviks, acted as Godmother to the owner's twin children. In 1911, a tea-party was attended by Empress Marie of Russia; Queen Alexandra, former Empress of India; King Manuel of Spain; Prince Christopher of Greece; Princess Victoria and the Grand Duchess George of Russia. A.A. Thompson's novel of life in pre-1914 Harrogate, "The Exquisite Burden" features Cathcart House, where it is disguised as Mexborough Hall. 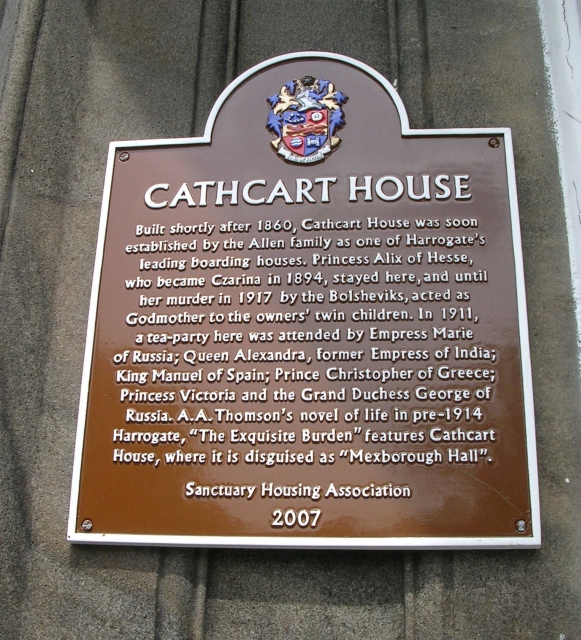 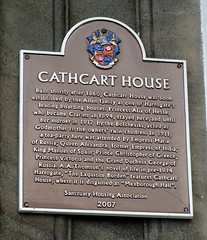