St. Oswald’s Hall. On this ancient sites traces have been found of Roman, Pagan and Christian Saxon occupation including foundations of a late, Saxon church. The surviving 12th century Norman Chapel belonged to St. Mary’s Abbey, York throughout the Middle Ages. Victims of the Black Death were buried here in 1349. This chapel served the people of Fulford until the present parish church was built in 1866. Declared redundant in 1973 the building was restored as a private residence in 1981. 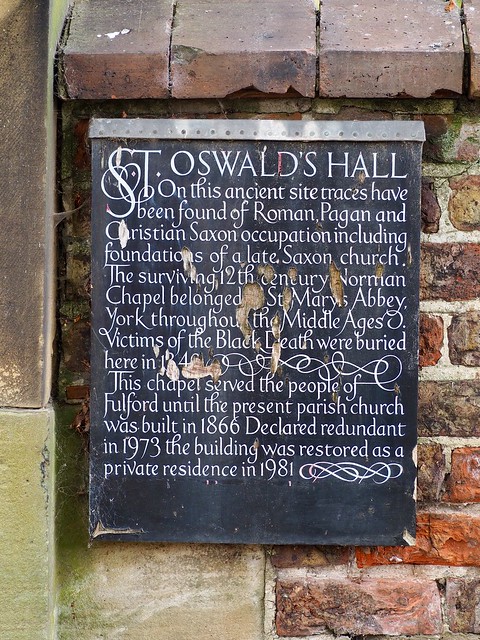