Sebastián Francisco de Miranda y Rodríguez de Espinoza (March 28, 1750 – July 14, 1816), commonly known as Francisco de Miranda (American Spanish pronunciation: [fɾanˈsisko ðe miˈɾanda]), was a Venezuelan military leader and revolutionary. Although his own plans for the independence of the Spanish American colonies failed, he is regarded as a forerunner of Simón Bolívar, who during the Spanish American wars of independence successfully liberated much of South America. He was known as "The First Universal Venezuelan" and "The Great Universal American". Miranda led a romantic and adventurous life in the general political and intellectual climate that emerged from the Age of Enlightenment that influenced all of the Atlantic Revolutions. He participated in three major historical and political movements of his time: the American Revolutionary War, the French Revolution and the Spanish American wars of independence. He described his experiences over this time in his journal, which reached to 63 bound volumes. An idealist, he developed a visionary plan to liberate and unify all of Spanish America, but his own military initiatives on behalf of an independent Spanish America ended in 1812. He was handed over to his enemies and four years later, died in a Spanish prison. 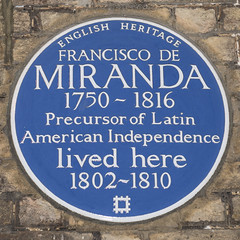 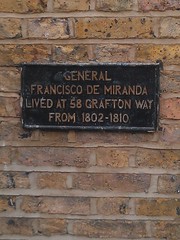 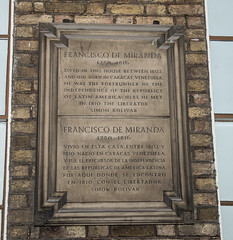