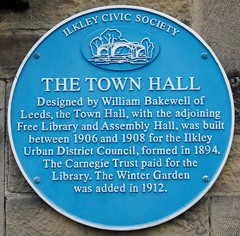 Tower Works. Built for Harding & Son, makers of pins, cards and combs for the textile industry. Its smallest chimney (Thomas Shaw 1864) was modelled on the Lamberti Tower in Verona, the largest (William Bakewell 1899) on Giotto's Campanile in Florence. 1864-1981