Kenneth Charles Williams (22 February 1926 – 15 April 1988) was an English actor. He was best known for his comedy roles and in later life as a raconteur and diarist. He was one of the main ensemble in 26 of the 31 Carry On films, and appeared in many British television programmes and radio comedies, including series with Tony Hancock and Kenneth Horne, as well as being a regular panellist on BBC Radio 4's comedy panel show Just a Minute from its second series in 1968 until his death 20 years later. Williams grew up in Central London in a working-class family; he claimed his father spoke cockney. He served in the Royal Engineers during World War II, where he first became interested in becoming an entertainer. After a short spell in repertory theatre as a serious actor, he turned to comedy and achieved national fame in Hancock's Half Hour. He sustained continued success throughout the 1960s and 1970s with his regular appearances in Carry On films, and subsequently kept himself in the public eye with chat shows and other television work. Williams was fondly regarded in the entertainment industry; in private life, however, he suffered from depression. He kept a series of diaries throughout his life that achieved posthumous acclaim. 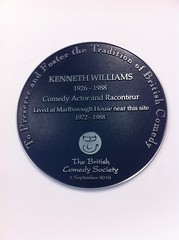 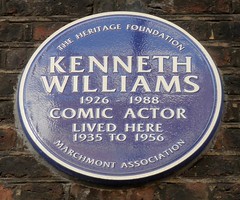