David William Donald Cameron (born 9 October 1966) is a British politician, businessman, lobbyist, and author who served as Prime Minister of the United Kingdom from 2010 to 2016. He was Member of Parliament (MP) for Witney from 2001 to 2016 and leader of the Conservative Party from 2005 to 2016. He identifies as a one-nation conservative, and has been associated with both economically liberal and socially liberal policies. Born in London to an upper-middle-class family, Cameron was educated at Heatherdown School, Eton College, and Brasenose College, Oxford. From 1988 to 1993 he worked at the Conservative Research Department, latterly assisting the Conservative Prime Minister John Major, before leaving politics to work for Carlton Communications in 1994. Becoming an MP in 2001, he served in the opposition shadow cabinet under Conservative leader Michael Howard, and succeeded Howard in 2005. Cameron sought to rebrand the Conservatives, embracing an increasingly socially liberal and centrist position. Following the 2010 general election, negotiations led to Cameron becoming prime minister as the head of a coalition government with the Liberal Democrats – the youngest holder of the office since the 1810s. His premiership was marked by the ongoing effects of the late-2000s financial crisis; these involved a large deficit in government finances that his government sought to reduce through austerity measures. His administration passed the Health and Social Care Act and the Welfare Reform Act, which introduced large-scale changes to healthcare and welfare. He also enforced stricter immigration policies, introduced reforms to education and oversaw the 2012 London Olympics. It privatised the Royal Mail and some other state assets, and legalised same-sex marriage in England and Wales. Internationally, Cameron's government intervened militarily in the First Libyan Civil War and authorised the bombing of the Islamic State. Domestically, his government oversaw the referendum on voting reform and Scottish independence referendum, both of which confirmed Cameron's favoured outcome. When the Conservatives secured an unexpected majority in the 2015 general election, he remained as prime minister, this time leading a Conservative-only government. To fulfil a manifesto pledge, he introduced a referendum on the UK's continuing membership of the EU. Cameron supported continued membership; following the success of the Leave vote, he resigned to make way for a new prime minister and was succeeded by Theresa May. Cameron has been the President of Alzheimer's Research UK since 2017. Cameron has been praised for modernising the Conservative Party and for decreasing the United Kingdom's national deficit. However, he has been criticised for his decision to hold the referendum on Britain's membership of the EU, which led to political instability in the UK during the late 2010s. He has also been accused of elitism and political opportunism. After leaving office he was implicated in the Greensill scandal after lobbying government ministers and civil servants on behalf of Greensill Capital. 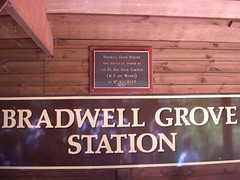 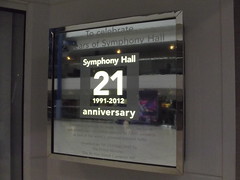 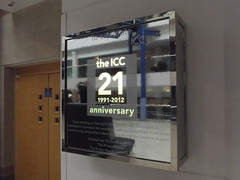 Bradwell Grove Station was officially opened by the Rt. Hon. David Cameron (M.P. for Witney) on 6th May 2007

To celebrate 21 years of the ICC the ICC 21 1991-2012 anniversary Since opening on 2nd April 1991 the ICC has developed an international reputation for excellence and has established itself as an award-winning venue where ideas are shared and the future is shaped. Unveiled on 7th October 2012 by The Prime Minister The Rt Hon David Cameron MP