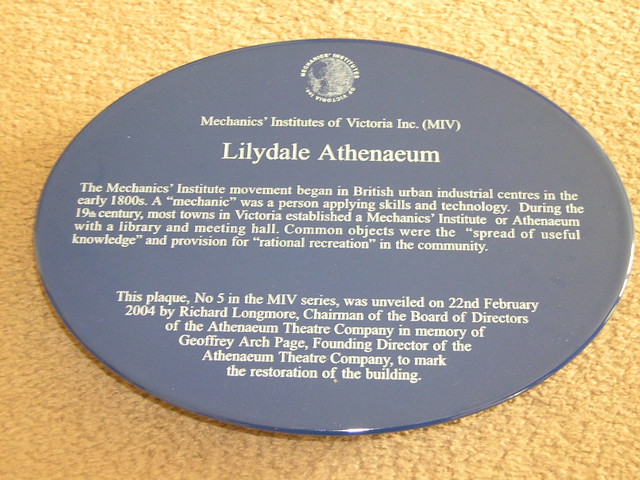 by Mechanics' Institutes of Victoria Inc. on 22 February 2004 #0005 of the MIV Historical Plaques Program series