Gomme oversaw the transfer of the official London commemorative plaque scheme from the (Royal) Society of Arts to the London County Council in 1901, subsequently playing a major role in the establishment of the standards and procedures of what was known, from November 1901 until the 1940s, as the "Indication of Houses of Historical Interest in London" scheme. 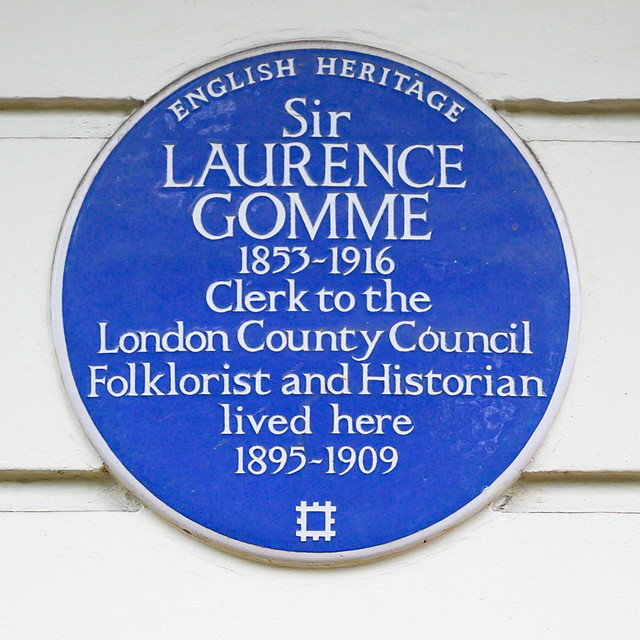 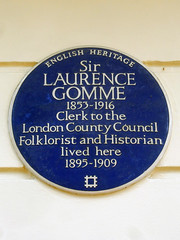 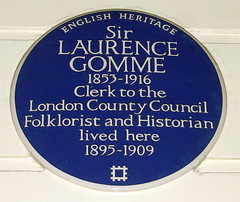 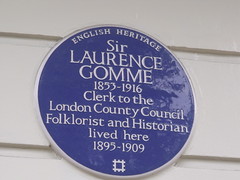 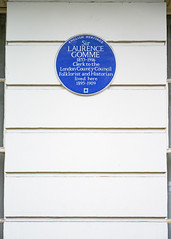 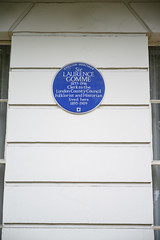 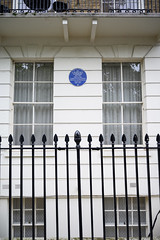 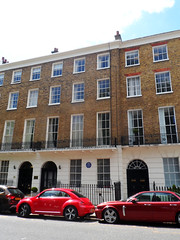 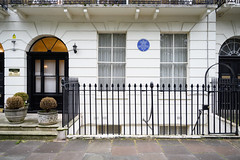