The Hackney Mole Man, William Lyttle, was evicted from his house in 2006 after digging a labyrinth of tunnels over a 40 year period. The house had to be reinforced with scaffolding for safety and Mr Lyttle eventually died without paying the council the £408,000 bill. http://www.bbc.co.uk/news/10352222
Ad agency Karmarama felt that the passing of the "Mole Man" could not go unmentioned, so they whipped up this plaque guerilla-style http://karmarama-stories.blogspot.com/2010/07/guerilla-marketing-karmarama-style.html 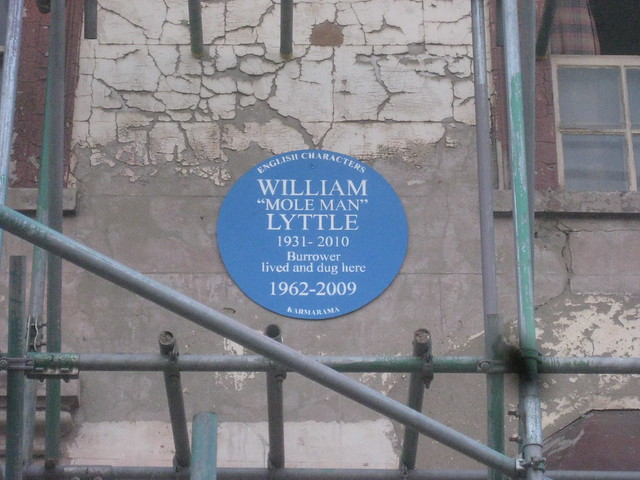