Significant as the first 'modern' blue plaque in the official London Scheme. London County Council, having produced six plaques in 1939 to this simplified design, though in sepia brown with cream lettering, reverted to blue with this example; in so doing, establishing the basic form - blue, with white lettering and a thin white surround - that is still used, with minor modifications, by English Heritage for new commemorative plaques to this day. Note the use of a full stop at the end of Beardsley's name - this appears, as far as can be ascertained, to be something found on no other plaque in the official London scheme. 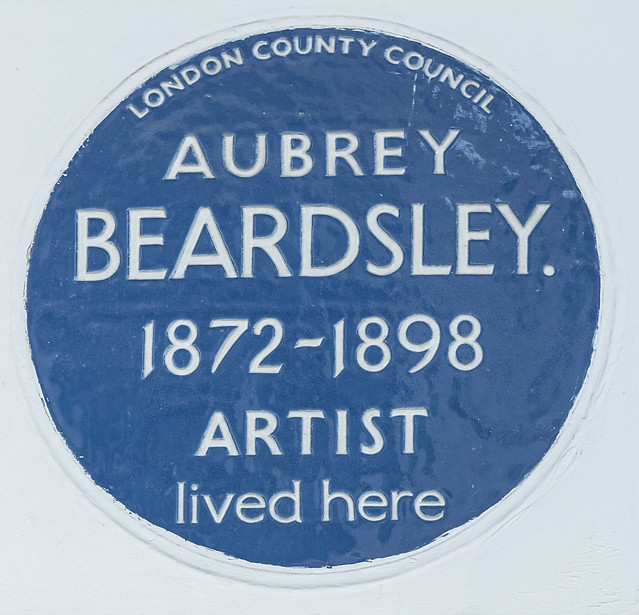 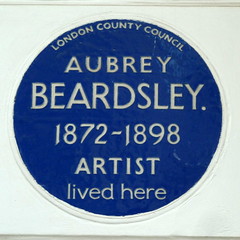 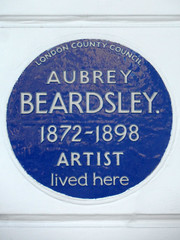 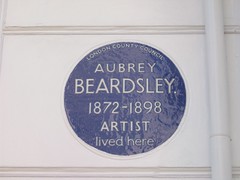 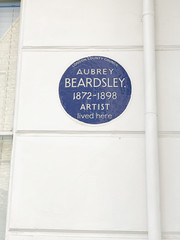 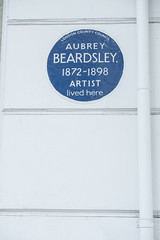 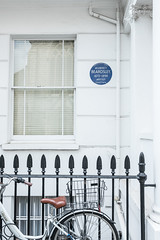 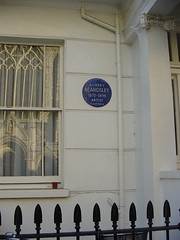 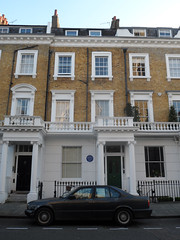 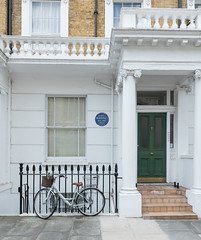 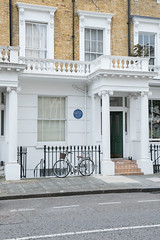 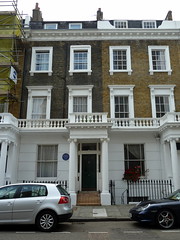 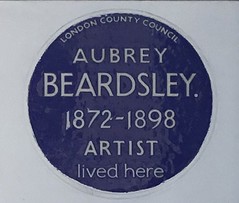 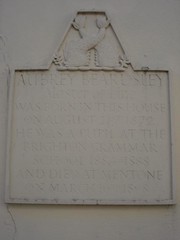 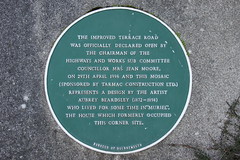