The workshop of Thomas Chippendale and his son, cabinet makers stood near this site 1753-1813

The reason why this unique design of bronze tablet, rather than a conventional roundel, was chosen to mark the site of the Chippendale's former workshop is unknown. Erected in 1952, proposals to erect a plaque at 61 St Martin's Lane were made as far back as 1929. No.61 itself dates from the late 19th century, the only remaining 18th century structure being No.62. 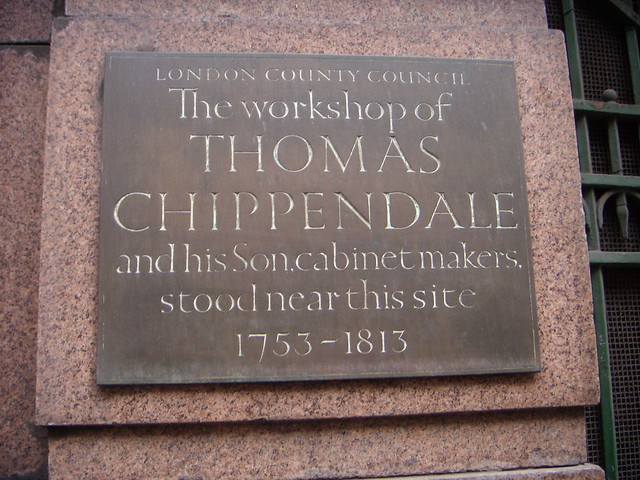 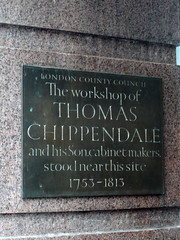 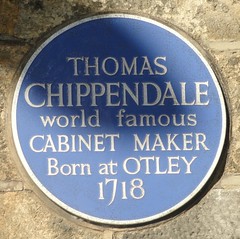 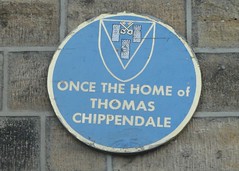 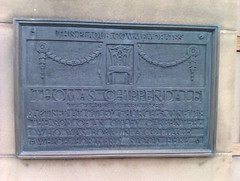