Hood's London home was originally commemorated by the London County Council, which installed one of its rectangular plaques of Hopton stone (to the same design as the Joseph Chamberlain plaque of 1920) between two of the upper floor windows of 28 Finchley Road in 1912, but this weathered badly and was illegible by 1960. English Heritage decided to add a standard blue roundel to supplement the LCC plaque, on the lower floor, in 2001 leaving the original in situ. Drawings of the original exist, referring to it as a 'memorial tablet' and showing the wording, which English Heritage slightly altered; "Thomas Hood (1799-1845) Poet Died Here", with the initials of the LCC in the lower left corner and the year '1911' in the lower right corner. 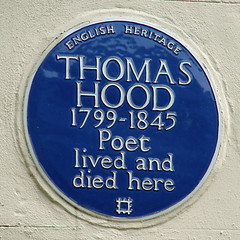 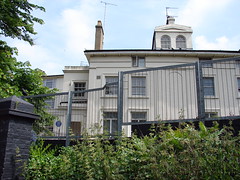 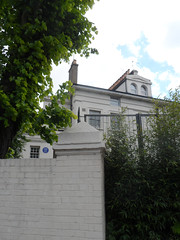 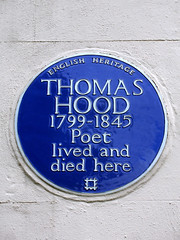 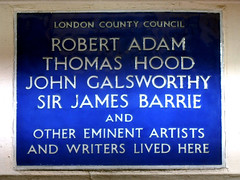