One of five surviving LCC plaques produced in 1925–6 in the ‘Della Robbia’ style, featuring a colourful raised wreath border. Manufactured by Doulton. A much later plaque commemorating Hugh Gaitskell is also at this address, erected by the Greater London Council in 1986. 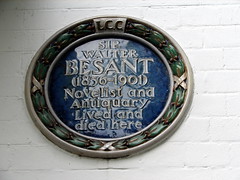 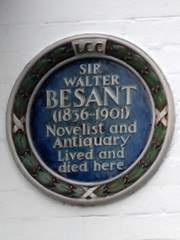 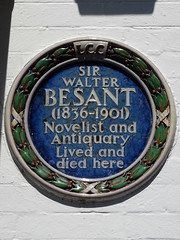 by administered by English Heritage as part of the London wide plaque scheme and London County Council in 1925 Part of the L.C.C. Della Robbia series