Claudia Jones 1915-1964 Mother of Caribbean Carnival in Britain. Organised an annual carnival from January 1959 as a community response to the 1958 August Bank Holiday Notting Hill riots

This plaque is one of four that make up a square as part of the Notting Hill carnival Sval story (along with Rhaune Laslett, Russell Henderson and Leslie Palmer) 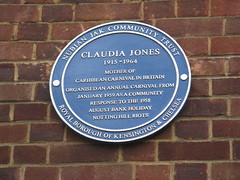 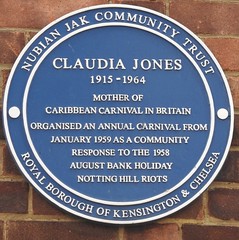 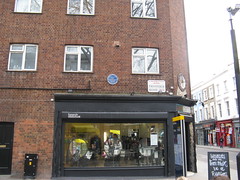