Juan Carlos I (Spanish: [xwaŋˈkaɾlos]; Juan Carlos Alfonso Víctor María de Borbón y Borbón-Dos Sicilias, born 5 January 1938) is a member of the Spanish royal family who reigned as King of Spain from 22 November 1975 until his abdication on 19 June 2014. In Spain, since his abdication, Juan Carlos has usually been referred to as the Rey Emérito ("King Emeritus"). Juan Carlos is the grandson of Alfonso XIII, the last king of Spain before the abolition of the monarchy in 1931 and the subsequent declaration of the Second Spanish Republic. Juan Carlos was born in Rome during his family's exile. Francisco Franco took over the government of Spain after his victory in the Spanish Civil War in 1939, yet in 1947 Spain's status as a monarchy was affirmed and a law was passed allowing Franco to choose his successor. Juan Carlos's father, Juan, was the third son of King Alfonso XIII, who assumed his claims to the throne since the king's death in February 1941. However, Juan was seen by Franco to be too liberal and in 1969 was bypassed in favour of Juan Carlos as Franco's successor as head of state. Juan Carlos spent his early years in Italy and came to Spain in 1947 to continue his studies. After completing his secondary education in 1955, he began his military training and entered the General Military Academy at Zaragoza. Later, he attended the Naval Military School and the General Academy of the Air, and finished his tertiary education at the University of Madrid. In 1962, Juan Carlos married Princess Sophia of Greece and Denmark in Athens. The couple had two daughters and a son together: Elena, Cristina, and Felipe. Due to Franco's declining health, Juan Carlos first began periodically acting as Spain's head of state in the summer of 1974. Franco died in November the following year and Juan Carlos became king on 22 November 1975, two days after Franco's death, the first reigning monarch since 1931, although his exiled father did not formally renounce his claims to the throne in favor of his son until 1977. Juan Carlos was expected to continue Franco's legacy. However, Juan Carlos introduced reforms to dismantle the Francoist regime and to begin the Spanish transition to democracy soon after his accession. This led to the approval of the Spanish Constitution of 1978 in a referendum which re-established a constitutional monarchy. In 1981, Juan Carlos played a major role in preventing a coup that attempted to revert Spain to Francoist government in the King's name. In 2008, he was considered the most popular leader in all Ibero-America. Hailed for his role in Spain's transition to democracy, the King and the monarchy's reputation began to suffer after controversies surrounding his family arose, exacerbated by the public controversy centering on an elephant-hunting trip he undertook during a time of financial crisis in Spain. In June 2014, Juan Carlos, citing personal reasons, abdicated in favour of his son, who acceded to the throne as Felipe VI. Since August 2020, Juan Carlos has lived in self-exile from Spain over allegedly improper ties to business deals in Saudi Arabia. 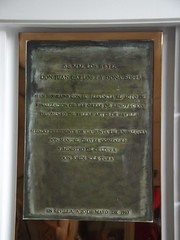