Courage Brewery was an English brewery, founded by John Courage in 1787 in London, England. 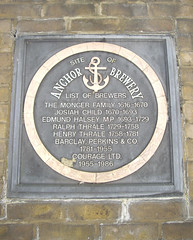 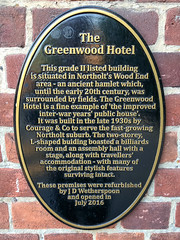 The Greenwood Hotel This grade II listed building is situated in Northolt's Wood End area - an ancient hamlet which, until the early 20th century, was surrounded by fields. The Greenwood Hotel is a fine example of 'the improved inter-war years' public house'. It was built in the late 1930's by Courage & Co to serve the fast growing Northolt suberb. The two-storey, L-shaped building boasted a billiards room and an assembly hall with a stage, along with travellers' accommodation - with many of the original stylish features surviving intact.