Dame Cicily Isabel Fairfield DBE (21 December 1892 – 15 March 1983), known as Rebecca West, or Dame Rebecca West, was a British author, journalist, literary critic, and travel writer. An author who wrote in many genres, West reviewed books for The Times, the New York Herald Tribune, The Sunday Telegraph, and The New Republic, and she was a correspondent for The Bookman. Her major works include Black Lamb and Grey Falcon (1941), on the history and culture of Yugoslavia; A Train of Powder (1955), her coverage of the Nuremberg trials, published originally in The New Yorker; The Meaning of Treason (first published as a magazine article in 1945 and then expanded to the book in 1947), later The New Meaning of Treason (1964), a study of the trial of the British fascist William Joyce and others; The Return of the Soldier (1918), a modernist World War I novel; and the "Aubrey trilogy" of autobiographical novels, The Fountain Overflows (1956), This Real Night (published posthumously in 1984), and Cousin Rosamund (1985). Time called her "indisputably the world's number one woman writer" in 1947. She was made CBE in 1949, and DBE in 1959; in each case, the citation reads: "writer and literary critic". She took the pseudonym "Rebecca West" from the rebellious young heroine in Rosmersholm by Henrik Ibsen. She was a recipient of the Benson Medal. 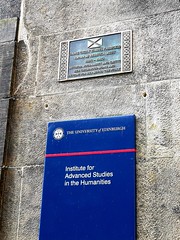 Dame Cicily Isabel Fairfield. Known as Rebecca West. 1892-1983. Author, journalist and critic. Her childhood home and setting for her novel 'The Judge'.