This plaque, originally sited at the High Street in the city centre, was moved to here and re-erected on the University Tower in 1991. A small photograph of the plaque's original inauguration event on the High Street premises is available on this webpage:http://www.glasgowsculpture.com/pg_biography.php?sub=mortimer_w-g 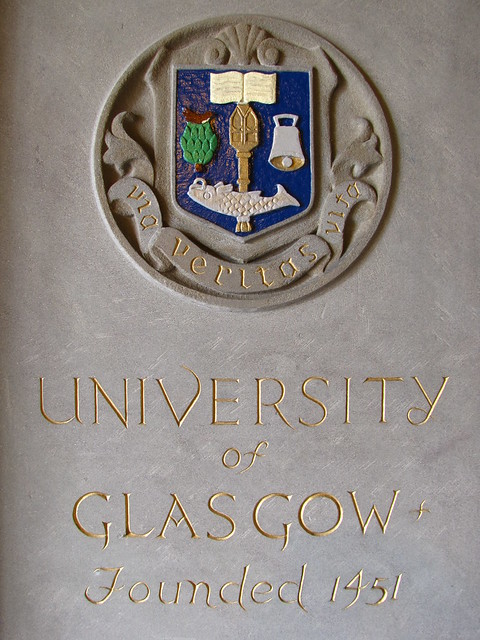 by General Council of Glasgow University on 10 October 1955

On this site stood the University of Glasgow from 1460 till 1870. The main gateway now ...
Glasgow, United Kingdom