Benjamin Franklin was known to have lived at 7 Craven Street during his sixteen years in London and this address was an early recipient of a commemorative plaque from the 'official' London-wide plaque scheme. In 1903, research by Sir Laurence Gomme of London County Council revealed that the house was not in fact the former Franklin residence - comparison of rate books and street directories revealing that Franklin's lodgings had been renumbered twice in the intervening years and what had been No.7 in his time survived as No.36. The truth came to light in 1913 when attempts were being made to save No.7 from redevelopment due to its supposed historical significance and the Society of Arts was forced to admit its mistake. The LCC erected a bronze 'medallion style' plaqueat No.36 in 1914 and for a time, before No.7 was demolished, the two plaques stood on opposite sides of the street, no doubt leading to some confusion. In the 20th century No.36 was used as a hotel, then as a base for several non-profit groups (and was for a time occupied by squatters), but was in dire condition at the end of the century when the freehold was granted to the Friends of Benjamin Franklin House by the UK government. Following structural reinforcement and restoration the house opened as a museum on 17th January 2006, the 300th anniversary of Franklin's birth. The SOA plaque from the long-lost, No.7 which had been for many years in the possession of the Museum of London, was presented to the museum and is on display in the basement corridor. 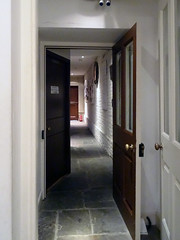 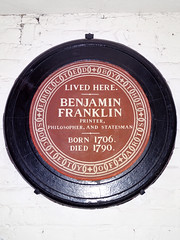 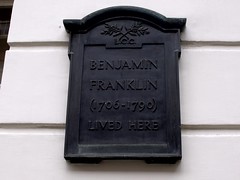 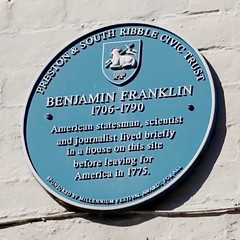 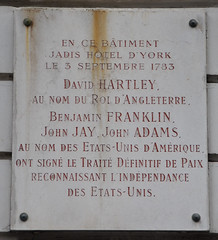 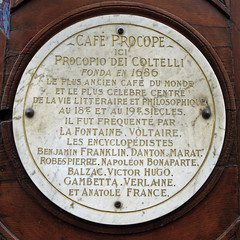