Charles II (29 May 1630 – 6 February 1685) was King of Scotland from 1649 until 1651, and King of Scotland, England and Ireland from the 1660 Restoration of the monarchy until his death in 1685. Charles II was the eldest surviving child of Charles I of England, Scotland and Ireland and Henrietta Maria of France. After Charles I's execution at Whitehall on 30 January 1649, at the climax of the English Civil War, the Parliament of Scotland proclaimed Charles II king on 5 February 1649. But England entered the period known as the English Interregnum or the English Commonwealth, and the country was a de facto republic led by Oliver Cromwell. Cromwell defeated Charles II at the Battle of Worcester on 3 September 1651, and Charles fled to mainland Europe. Cromwell became virtual dictator of England, Scotland and Ireland. Charles spent the next nine years in exile in France, the Dutch Republic and the Spanish Netherlands. The political crisis that followed Cromwell's death in 1658 resulted in the restoration of the monarchy, and Charles was invited to return to Britain. On 29 May 1660, his 30th birthday, he was received in London to public acclaim. After 1660, all legal documents stating a regnal year did so as if he had succeeded his father as king in 1649. Charles's English parliament enacted laws known as the Clarendon Code, designed to shore up the position of the re-established Church of England. Charles acquiesced to the Clarendon Code even though he favoured a policy of religious tolerance. The major foreign policy issue of his early reign was the Second Anglo-Dutch War. In 1670, he entered into the Treaty of Dover, an alliance with his cousin King Louis XIV of France. Louis agreed to aid him in the Third Anglo-Dutch War and pay him a pension, and Charles secretly promised to convert to Catholicism at an unspecified future date. Charles attempted to introduce religious freedom for Catholics and Protestant dissenters with his 1672 Royal Declaration of Indulgence, but the English Parliament forced him to withdraw it. In 1679, Titus Oates's revelations of a supposed Popish Plot sparked the Exclusion Crisis when it was revealed that Charles's brother and heir presumptive, James, Duke of York, was Catholic. The crisis saw the birth of the pro-exclusion Whig and anti-exclusion Tory parties. Charles sided with the Tories, and after the discovery of the Rye House Plot to murder Charles and James in 1683, some Whig leaders were executed or forced into exile. Charles dissolved the English Parliament in 1681 and ruled alone until his death in 1685. He was allegedly received into the Catholic Church on his deathbed. Traditionally considered one of the most popular English kings, Charles is known as the Merry Monarch, a reference to the liveliness and hedonism of his court. He acknowledged at least 12 illegitimate children by various mistresses, but left no legitimate children and was succeeded by his brother, James. 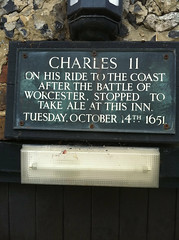 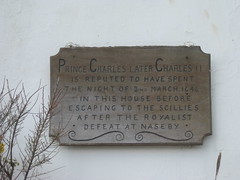 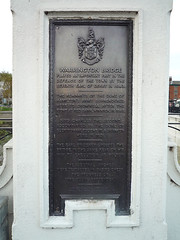 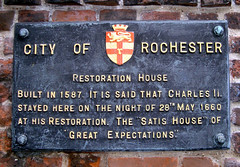 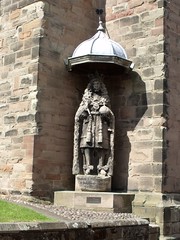 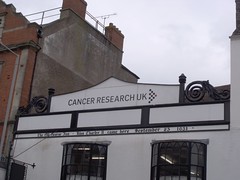 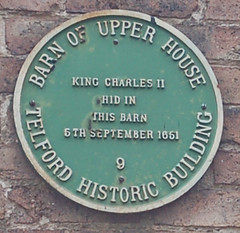 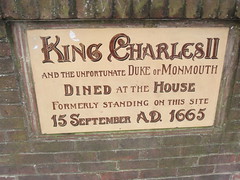 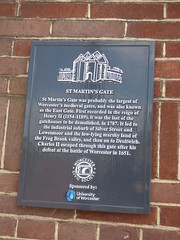 This house was the residence of Captain John Trowts (Mayor 1660). Herein he entertained King Charles II, whose exile at Breda he shared

Court Street, Faversham, United Kingdom where they was entertained

Charles II on his ride to the coast after the Battle of Worcester, stopped to take ale at this inn. Tuesday, October 14th 1651

The George & Dragon, Houghton, United Kingdom where they stopped to take ale

Savoy Court, London, United Kingdom where they ordered commissioners to assemble for the revision of the liturgy

The Square, Marazion, United Kingdom where they stayed

Restoration House Built in 1587, it is said that Charles II. stayed here on the night on 28th May 1660 at his Restoration. The "Satis House" of "Great Expectations".

Charles II After the ravages of Civil War, Charles II gave money and timber towards the repair of this cathedral. His statue was placed in the principal position on the west front where it remained until the 19th century restoration

Lichfield Cathedral - The Close (below the statue of Charles II), Lichfield, United Kingdom where they gave money and timber

King Charles II and the unfortunate Duke of Monmouth dined at the house formerly standing on this site 15 September A.D. 1665

Epsom High Street Three hundred years of history have left their mark on the high-street. 1618 The mineral well on Epsom Common is discovered to have medicinal qualities. 1672 Thomas Shadwell's play Epsom Wells is performed for Charles II. 1707 John Livingstone opens entertainment facilities at the New Wells off the High Street. 1724 Defoe’s Tour Through Britain comments:- ‘…the nobility and gentry go to Tunbridge, the merchants and rich citizens go to Epsom… the common people chiefly to Dulwich and Streatham’. 1779 The first Oaks horse race is run on the Downs, followed by the first Derby in 1780. 1833 Epsom market is established in the Highs Street. 1847 railway station opens in Upper High Street, followed by one on the presence of in 1859. 1937 A dual carriageway is completed in the eastern half of the High Street. 1990 The highway moved to the north side try provide a pedestrian Market Place once again. 1993 The new Market Place improvement scheme is completed.

High Street, Epsom, United Kingdom where they was

St Martin's Gate St Martin's Gate was probably the largest of Worcester's medieval gates, and was also known as the East Gate. First recorded in the reign of Henry II (1154-1189), it was the last of the gatehouses to be demolished, in 1787. It led to the industrial suburb of Silver Street and Lowesmoor and the low-lying marshy land of the Frog Brook valley, and then on to Droitwich. Charles II escaped through this gate aftr his defeat at the battle of Worcester in 1651.

Corn Market (near the end of New Street), Worcester, United Kingdom where they escaped (1651)