group, band, and band managed by

The Beatles were the greatest rock band of all time. Formed in Liverpool, England in 1960, the group was composed of members John Lennon, Paul McCartney, George Harrison and Ringo Starr. Rooted in skiffle, beat, and 1950s rock and roll, the Beatles later experimented with several musical styles, ranging from pop ballads and Indian music to psychedelia and hard rock, often incorporating classical elements and unconventional recording techniques in innovative ways. In the early 1960s, their enormous popularity first emerged as "Beatlemania", but as the group's music grew in sophistication, led by primary songwriters Lennon and McCartney, they came to be perceived as an embodiment of the ideals shared by the counterculture of the 1960s. The Beatles built their reputation playing clubs in Liverpool and Hamburg over a three-year period from 1960, with Stuart Sutcliffe initially serving as bass player. The core of Lennon, McCartney and Harrison went through a succession of drummers, including Pete Best, before asking Starr to join them. Manager Brian Epstein moulded them into a professional act, and producer George Martin guided and developed their recordings, greatly expanding their popularity in the United Kingdom after their first hit, "Love Me Do", in late 1962. They acquired the nickname "the Fab Four" as Beatlemania grew in Britain the next year, and by early 1964 became international stars, leading the "British Invasion" of the United States pop market. From 1965 onwards, the Beatles produced increasingly innovative recordings, including the albums Rubber Soul (1965), Revolver (1966), Sgt. Pepper's Lonely Hearts Club Band (1967), The Beatles (commonly known as the White Album, 1968) and Abbey Road (1969). After their break-up in 1970, they each enjoyed successful musical careers of varying lengths. McCartney and Starr, the surviving members, remain musically active. Lennon was shot and killed in December 1980, and Harrison died of lung cancer in November 2001. According to the RIAA, the Beatles are the best-selling music artists in the United States, with 178 million certified units. They have had more number-one albums on the British charts and sold more singles in the UK than any other act. In 2008, the group topped Billboard magazine's list of the all-time most successful "Hot 100" artists; as of 2016, they hold the record for most number-one hits on the Hot 100 chart with twenty. They have received ten Grammy Awards, an Academy Award for Best Original Song Score and fifteen Ivor Novello Awards. Collectively included in Time magazine's compilation of the twentieth century's 100 most influential people, they are the best-selling band in history, with estimated sales of over 600 million records worldwide. The group was inducted into the Rock and Roll Hall of Fame in 1988, and all four were inducted individually from 1994 to 2015. 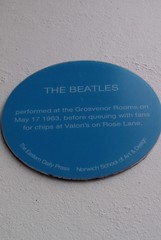 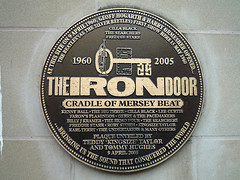 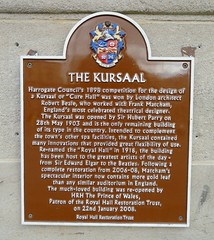 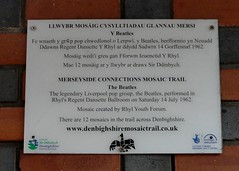 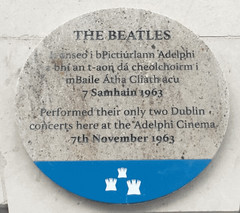 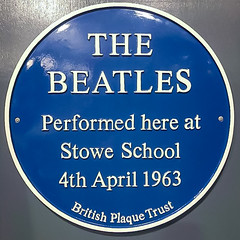 "Yesterday" The Grosvenor Ballroom was among the first venues to hear a sound that was ...
Liverpool, United Kingdom

The Beatles performed at the Grosvenor Rooms on May 17th 1963, before queuing with fans for chips at Valori's on Rose Lane

363 Oxford Street July 1921 - April 2000 HMV Site of the original HMV store Opened by Sir Edward Elgar in July 1921, the HMV store shaped the way people bought music for nearly a century In 1962 it played a significant role in the career of The Beatles. A 78RPM demo disc of the band was cut in the store's recording studio. This led to the Beatles' long-term recording contract with EMI The world's most famous music store

The Ritz Ballroom was one of four music venues run in the 1950s-60s by the Irish husband & wife team Joe (Pa) & Mary (Ma) Regan. Originally the Ideal Cinema and then a billiards hall, this building was converted into the Ritz Ballroom by the Regans using wood from a previous Royal Yacht Britannia. Most of the famous 1960's pop artists appeared here including:- The Beatles on 15th Februrary 1963, The Rolling Stones on 14th September 1963, The Moody Blues on 28th March 1965, Robert Plant on 24th April 1966, The Kinks on 11th June 1966 and Pink Floyd on 16th December 1967. They were all supported by many local groups such as The Modernaires. The Regans later converted this building into a bingo hall. Joe Regan died in 2004 and Mary in 2008. The Ritz Ballroom Music Heritage Plate No. 1 July 2012

THE BEATLES Is anseo i bPictiúrlann Adelphi a bhí an t-aon dá cheolchoirm i mBaile Átha Cliath acu. 7 Samhain 1963. Performed their only two Dublin concerts here at the Adelphi Cinema 7th November 1963

The Beatles stayed here in October 1964

"Yesterday" The Grosvenor Ballroom was among the first venues to hear a sound that was to change popular music forever. The Beatles played here in the sixties during their formative years before conquering the world. The Fab Four became part of history - The Grosvenor is part of that history.

The Grosvenor Ballroom (inside), Liverpool, United Kingdom where it played

The Grosvenor. This plaque is to commemorate that The Beatles played regularly here between June 1960 & Sept 1961

The Grosvenor Ballroom, Liverpool, United Kingdom where it played

VICTORIA HALL, BEBINGTON/This plaque is to commemorate that The Beatles played here on the 4th August 1962

The back room of this pub was used by The Beatles. This has been confirmed by Bob Wooler, Cavern DJ and Allan Williams, The Beatles first manager.